Today in this blog post, we’re going to share how marine animals are affected by plastic in the ocean. From the reason why they ingest plastics to what happens when they do are all included here. In addition to this, we have a list of the ones which are most affected by this problem. Plastic pollution is certainly a vital problem, not just in the waters, but also at land. It has been exhausting us ever since. Moreover, we’ve also done good actions to combat it. However, statistics show that it’s still prevalent, especially in the waters. Know more about the condition underwater during these times where plastics are unfortunately still abundant.

Plastic Pollution in the Ocean: Everything You Need to Know

Marine animals ingest plastic because they don’t know that it isn’t food. This is actually a much more complicated concept than it sounds.

First, take note that aquatic animals vary in their nature of hunting. Some of them look for food by sight. On the other hand, some use other ways such as the sonar-type echolocation. Basically, it’s the use of sound waves as well as echoes to know the location of things. But whatever is the case, they both eat plastics. It’s because plastic looks, smells, feels, and yes, it sounds like real food too.

Moreover, marine animals of all shapes and sizes are continuing to eat plastic. Yes, you read that right. From the smallest of planktons to the biggest of whales, there’s no immune to plastics. It’s because the problem of plastic pollution isn’t totally over yet. Yes, the fight to stop it once and for all has seen enormous progresses by laws banning plastics. However, the fight isn’t over yet. Now, as plastics in different forms continue to invade the ocean, expect that there’ll be aquatic animals eating those.

Furthermore, another topic that’s significant to know is how exactly are aquatic animals affected by plastic in the ocean. How do plastics actually harm them? Well for starters, plastic can get stuck in their throats. Then it’s a no-brainer that what happens after that is suffocation. At the same time, it can also lead to difficulty or even prevention to spew up in order to feed their young. Additionally, plastic when already ingested can make the animals feel full in their stomach. For this reason, they won’t eat anymore. Thus, they really don’t eat at all and will also stop eating. Without a doubt, they’ll starve themselves by accident.

Also, another way that marine animals get affected by plastic in the ocean is when it entangles them. This is also a more pressing case with marine mammals and reptiles that need to resurface. When plastics trap them, they won’t be able to go up. Along the process, they may exhaust themselves that may end up in drowning. Moreover, plastics can also cut some aquatic animals that’ll result to infection.

One Green Planet lists the marine animals that are most affected by plastic in the ocean:

Sea turtles are reptiles. Their existing species are the Green, Loggerhead, Kemp’s Ridley, Olive Ridley, Hawksbill, Flatback, and Leatherback sea turtles. They can grow from around 2 to 7 feet long. Moreover, they can weigh from around 70 to 1500 pounds. Unfortunately, six of the said seven species are already critically endangered. Plastic pollution is definitely one of the contributing culprits behind it.

The Seals and Sea Lions are both “Pinnipeds,” but they vary in their physical characteristics as well as adaptations.

Seals are carnivorous and semi-aquatic marine mammals with fins as feet. They have furry and stubby front feet. They have thinly webbed flippers with a claw on each small toe. Moreover, there are about 33 extant species of these animals. At the same time, about 50 and more have been described from fossils. Additionally, they’re commonly living along most coasts and cold waters. Most of them are in the Arctic and Antarctic waters.

On the other hand, there are also the Sea Lions which have mostly skin-covered and elongated fore flippers. They also have small flaps for outer ears that Seals don’t have. Moreover, Sea Lions can walk on land by rotating their hind flippers forward as well as underneath their big bodies.

The case with Seals and Sea Lions with regards to plastics is entanglement. They get trap on their way up, thus tiring and then drowning them.

Another one of the animals most affected by plastic in the ocean are seabirds. They’re birds that can adapt to life within the marine environment. Moreover, take note that they live longer, breed later, and have fewer young than other birds.

Seabirds are greatly at high-risk towards plastic pollution because of their hunting style. These birds dive into the ocean to catch food. They indeed skim the surface where most plastics are accumulating. Plastics obstruct the seabirds’ digestive tract and may also cause punctures in their internal organs.

Fishes are also one of the animals most affected by plastic in the ocean. They are gill-bearing, aquatic animals that lack limbs with digits. Moreover, they have backbones that’s why they’re also vertebrates. Additionally, they also live in various habitats such as coral reefs, kelp forests, rivers, streams, and the open ocean.

Obviously, fishes are very much prone to microscopic plastic debris. There’s also a study saying that these kind of plastic debris can be so much harder for the fish to get rid of as compared to ingesting it orally. Furthermore, take note also that fishes are the most commonly eaten marine organism by humans. This means that humans are technically eating plastics too when they ingest those fishes.

Whales are aquatic placental marine mammals. They can weigh from around 20 to 200 tons. Moreover, they can reach from around 45 to 100 feet in length. They live in the water but breathe air. Additionally, they’re warm-blooded mammals that are able to nurture their young. At the same time, they communicate using sounds. On the other hand, Dolphins are cetaceans with small teeth. They’re certainly known for their curved mouths giving them a permanent smile. Moreover, they also use echolocation to hunt for food.

Take note that both whales and dolphins mistake plastics for real food. It’s also important to point out that whales are very much at high-risk. It’s because their mouths are so big that they can just take up plastics by accident. Once ingested, plastics may definitely obstruct their digestive tract. Moreover, plastics can also puncture their stomach lining resulting to infection. Then they won’t eat because of the pain they’re feeling that results with starvation. Now, combine that with the infection that’s building up inside their body. It’s a no-brainer that death is inevitable with this kind of situation.

What can you do to help Marine Animals?

You can and you must help these poor marine animals that are suffering from humans’ detrimental carefree actions. This is a cliché but it really is the truth: start with yourself. How? Do recycling in your own home. It’s also good that public places are now offering waste versus recycling options. It’s true though that the world knows about the extent of the problem brought by plastic pollution. Laws and acts have been passed to ban the use of plastics. It’s just sad because it’s already late for the problem has killed a big portion of the marine life already. Many species have already been endangered.

Another thing you can do is join marine clean-ups. It’s a much more direct way of helping aquatic animals. At the same time, you’re going to meet people who advocate for the same thing you’re advocating about which is the preservation of marine life.

CHECK OUT: Effects of Water Pollution on Aquatic Animals

Now you know the great impact of plastics with various forms of marine life. Can you picture those living organisms in the most magnificent coral reefs underwater? Then can you also picture them dying just because of mere plastics that are casually being thrown into the ocean? Without a doubt, that mental image is sad and disturbing. These marine animals should be left in peace in their habitats. At the same time, they should also be protected. We, humans, are absolutely the one in charge. The problem of plastic pollution is indeed far from over yet, but we’ve done a good job so far. Let’s continue and make the progress a bit faster to beat this problem once and for all. 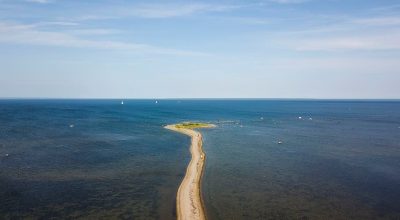 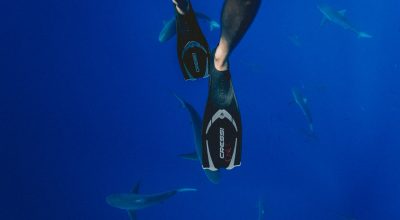