Water pollution is indeed a massive problem all around the world. It’s a known fact that our planet is 70 percent water. For this reason, water pollution is certainly a pain in the ass. It affects not just the rich marine life, but more importantly, us, humans. Battling it has always been a forefront endeavor of nation leaders ever since. Countless laws and acts as well as rallies have always been made to ensure that this problem isn’t just being taken for granted. Countries have definitely been talking and dealing about it together as one. Unfortunately, it’s a challenge that seems to stand the test of time. Today in this blog post, we’re going to talk about the effects of water pollution on aquatic animals. Make sure to stay tuned until the very end.

What is Water Pollution?

According to WWF, water pollution happens when toxic substances enter water bodies such as lakes, rivers, oceans, and so on. What actually happens is that these substances dissolves in the water. After that, two things may happen: they can either stay suspended in the water or gets deposited in the bed or water floor. In general, these pollutants degrades the quality of the water.

Furthermore, WWF also emphasized that they don’t just affect the marine life in that body of water. The most unfortunate thing that can indeed happen is that those pollutants reaching the groundwater. When they do, they’ll absolutely reach our homes. Worse of all, it can be in the water that we’re drinking. Yes, what an enormous nightmare!

Generally, the known water pollutants as of now are discharged trash and sewage sludge in courtesy of humans. Of course, there are also the infamous chemical, industrial, and radioactive wastes.

Furthermore, The Open University has a comprehensive list of water pollutants:

These substances are the majority of the freshwater pollutants. These organic materials come from domestic sewage discharges. Additionally, these can also come from food processing industries. Moreover, take note that this type of water pollutant can be further categorized based upon its form. With regards to this, there are biodegradable as well as non-biodegradable toxic organic pollutants.

Additionally, know that the major polluting effect of these materials is that they reduce the oxygen in the water. What actually happens is that organisms break these down into simpler or inorganic substances. Indeed along that process, they utilize oxygen. As these organisms increase in number, the need for oxygen increases as well. Certainly, the oxygen concentration in that body of water continues to go down. That right there is a vital problem for the marine animals there.

Eutrophication is the increase with time of plant nutrients and biota in a body of water. Certainly, there are inorganic substances that plants need for their metabolism. On the other hand, they can reach a point where they’re just too much. That peak level may already imply that they have become pollutants already.

Moreover, do take note that the major polluting effect of these nutrients-turned-to-pollutants is that they accelerate the natural process making algae grow so fast. When the latter happens, algal blooms have now formed and that’s a big problem. These algal blooms or the distinct rapid increase of algae in the body of water impose threat to the marine life there. These blooms lead to excess respiration in water. Excess respiration is the dynamic where there’s no replacement of oxygen. Thus, the life of many aquatic animals in the ocean is at stake.

Furthermore, the common organisms associated with these algal blooms are the Cyanobacteria and unicellular green algae. The Cyanobacteria is also the blue-green algae. They can fix atmospheric nitrogen. At the same time, they’re also not dependent on dissolved carbon dioxide. It’s because they can utilize the present bicarbonate ions. On the other hand, unicellular green algae need nitrate. Unlike the Cyanobacteria, they’re not able to fix atmosphere nitrogen. In addition to this, they also demand high levels of carbon dioxide.

Toxic pollutants very in their polluting effect towards the body of water involved. First, they can be accumulative which means that their effect increases as doses of them are added more. Second, they can also be chronic in which their effect can be observed within a prolonged period of time. Additionally, this effect can either be lethal or sublethal. Third, toxic pollutants can also be acute. If that’s the case, their effect is prominent in just a short period of time. Also, that effect can possibly be death. Moreover, they can also be sublethal wherein it’s not really automatically resulting to death. The most possible cases are indeed a change in behavior, growth, and reproductive success of marine life. Lastly, they can be lethal which is sudden death by direct intoxication.

Take note that chemicals in specific dosages can be classified into various toxicity levels. Furthermore, these chemicals that have the possibility to become poisonous are arsenic, cadmium, copper, lead, and mercury. There’s also the aluminum, molybdenum, and zinc. At the same time, inorganic substances such as cyanide, fluoride, sulfide, sulfite, and nitrate can be toxic too.

Physical pollutants are suspended solids and immiscible liquids. There are also discharges leading to temperature change or changes in the flow rate of the receiving water. At the same time, there are also substances that give the water a certain color, odor, as well as taste.

Suspended solids or particulates come from many industries. Without a doubt, they reduce the light penetration into the water. Moreover, they sill oppress aquatic animals and plants living on the bottom as they settle. They can indeed disrupt the life underwater. On the other hand, there are also the immiscible liquids. These come from oils as well as greases or tarry substances. It’s known fact that oil is less dense than water. For this reason, it’ll very likely pollute a very enormous area even in just a small quantity. Another known fact that’s extremely unfortunate is that oil is one of the most serious water pollution problems.

Furthermore, the discharges causing temperature change in the water are industrial effluents. These are also the culprit behind the changes in the flow rate of the body of water. Lastly, chemical compounds are the pollutants causing color, odor, and taste changes in the water.

These are organisms that when ingested by other forms of marine life can be detrimental. There are the pathogenic bacteria, coliforms, and faecal streptococci. There’s also the Clostridium perfringens, viruses, protozoa, helminths, and many more organisms.

Water pollution is absolutely harmful to a many things. It’s detrimental to humans, animals, as well as the environment. However, it’s the aquatic animals that get affected the most. It’s because they have direct contact with the pollutants. Moreover, the pollution happens on their exact habitat. In short, their habitat to which their life depends upon is being intoxicated. When that occurs, their life then is also at stake.

Just like what’s already mentioned above, the most obvious of all effects of water pollution on marine animals is the disruption of their ecosystem. Oxygen reduction is certainly the number one problem caused by water pollutants. This can either be caused by excessive plant nutrients or physical pollutants. But whatever the case is, when oxygen decreases, more and more marine organisms die as well.

Moreover, mass killing of marine life is also an unfortunate known happening. The major culprit are oil spills and sewage dumping. These absolutely release poisonous chemicals that are highly intoxicating. Additionally, the other effect of water pollution in aquatic animals is the disruption of their normal growth process. That right there may not be a direct or quick impact. It’s actually slow-progressing and can’t be observed easily. On the other hand, it’s technically more gruesome because it strips them of what’s natural in them as species.

Yes, it absolutely sucks to know how the marine life is suffering from the water pollution. On the other hand, let’s always bear in mind that we as humans have created the most toxic marine pollutants. For this reason, we have to solve it. It’s certainly not just for ourselves but also for these aquatic animals too. We’re here to take care of them and to take care of the gifts of this world in general. We definitely need to consistently step up our game to finally beat water pollution once and for all. It needs to happen because from water flows life. It’s vital and that’s a no-brainer to all of us. We need to solve this problem completely for a better future of our children. And our children’s children. And all the generations that’ll follow after them. 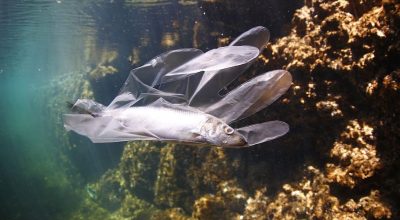